The Love & Love Tennis Foundation was established by Hall of Famer Rosie Casals and Top Tennis player and teaching professional Tory Fretz. Tory and Rosie both live in the desert.

Misson:
We are a 501c3 Non Profit Organization established in 2015 to promote, support and offer financial grants to youth tennis organizations, academies foundations, schools or individuals who promote the growth of youth tennis in the Coachella Valley. The Foundation will also assist in developing juniors who participate in tennis tournaments and aspire to become collegiate or professional tennis players. The Foundation will review all Grant Applications with-out prejudice and decisions will be made based on the goals and Mission Statement of the Foundation. All special requests will also be reviewed with special consideration on the circumstances. 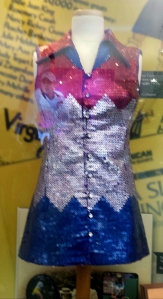 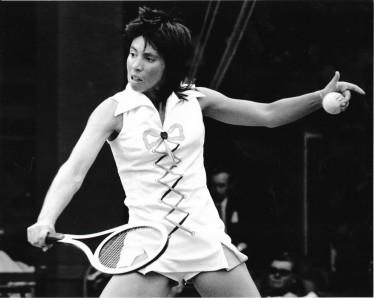 Rosie Casals:  was born and raised in San Francisco and learned to play tennis on the public courts at Golden Gate Park when she was about 8 years old. She attended George Washington High School and graduated in 1966.  She rose to fame in the 60’s and 70’s entering the U.S. Women’s top 5 in 1964, where she remained for 11 consecutive years. She is a 7 time Wimbledon Doubles Champion winning 5 women’s doubles with Billie Jean King and 2 mixed doubles titles with Ilie Nastase owning a total of 12-time Grand Slam doubles titles. Rosie was the singles winner of the first ever Virginia Slims tournament in 1970, in Houston, Texas and one of the Original “9” who signed a One Dollar contract with Gladys Heldman in defiance of tennis’s governing body the USTA. She along with Billie Jean King fought for equal prize money for women and were one of the founders of the Women’s Tennis Association in 1973.

Known for her her acrobatic and athletic style of play, Rosie also thrilled the crowds with her Teddy Tinling Sequence and velvet tennis dresses she accented with her colorful headbands. She is the winner of the first Family Circle Cup in 1973 earning $30,000, the highest purse ever awarded to a female or male athlete and first tournament to carry women’s tennis live on NBC.

She was the color commentator with ABC’s Wide World of Sports Broadcaster Howard Cosell during the “Battle of The Sexes” in 1973 at the Houston Astrodome and predicted Billie Jean’s victory score. Rosie was inducted into the Marin County Hall of Fame in 1995, the International Tennis Hall of Fame in 1996 and the Bay Area Sports Hall of Fame in 2003.

Rosie established Sportswoman, Inc., in order to remain connected to tennis and her contemporaries like Billie Jean King, Martina Navratilova, Tracy Austin and Chris Evert. In 1983 Rosie established the Women’s Tennis Classic Tour and the following year added men to become The Tennis Classics Tour. Sportswoman branched out to include charity tennis events, corporate outings, clinics, exhibitions, speaking engagements and anything having to do with tennis.

Rosie continues her entrepreneurial ventures when she and tennis professional Tory Fretz established the Love & Love Tennis Foundation in 2015 to help promote junior tennis in the Coachella Valley. Rosie moved from Sausalito, to the desert in 2001 and has been a mainstay in helping develop junior tennis in the desert. (www.lovelovetennisfoundation.com) 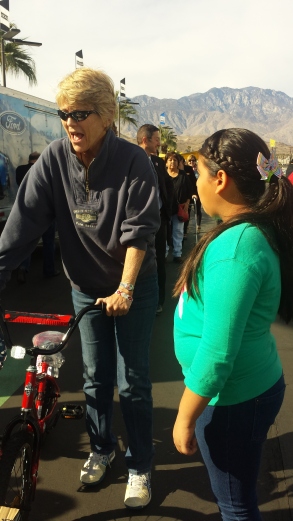 Was born August 8, 1942 and grew up in Harrisburg Pennsylvania She played collegiate tennis at Occidental College in Los Angeles and in 1961 she won the singles and doubles titles at the NCAA Intercollegiate Championships.

Tory was a doubles semi-finalist in 1965 at he U.S. Nationals and reached the doubles finals at Forest Hills in 1968.

She was a doubles finalist in 1962 at the Cincinnati Master and also reached the singles final in 1968. In 1974 Tory played with Billie Jean King on the World TeamTennis league and was a member of the Philadelphia Freedoms.

Tory played professional tennis on the Virginia Slims Circuit from 1971-1975 and was a member of the Women’s Tennis Association. She retired in 1975 to teach tennis in Los Angeles where she lived until moving to Coachella Valley in 1999.

She was inducted into the Intercollegiate Tennis Hall of Fame in 1997. Tory has been a teaching pro at Palm Desert Tennis Club, Shadow Mountain Resort, Westin Mission Hills, Palm Desert Resorter and The Parker Hotel.

She retired from teaching in 2008, due to an injury received after being hit by a car. Tory has dedicated much of her life to tennis and helping juniors reach their potential. Tory is one of the founders of The Love & Love Tennis Foundation along with Rosie Casals. She continues to help juniors through the new foundation. Tory is a resident of Rancho Mirage. 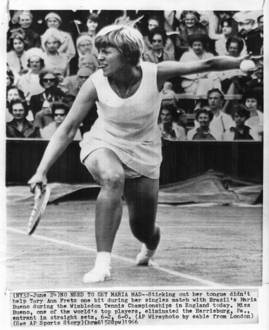 Executive Board Of Directors: